The Story of How This Project Came To be

Hi my name is Shaun Fehr and I am founder of Sprout Network.  I am glad you are here.  It has been through personal experiences and an evolution of thoughts and actions that have shaped the development of the where we are today.  If you have a bit of time, the following attempts to describe how our inception came to be.

The Significant and Initial Events

My oldest daughter, Hayden, was diagnosed with a rare disease shortly after her first birthday.  My wife and I were told she was the only one with her genetic condition.  From that moment on we were pulled into a life of uncertainty.  Little did we know the next two years would be the most difficult that we would ever experience.  Fear, chronic stress, anxiety, and an overwhelming feeling of gloom would take hold of our lives.

She spent over four months in hospital in her first 3 years.  At the worst point, she would experience up to 100 seizures a day, barely waking between each one.  Through a two month hospital stay in 2016, mostly in the PICU, we started to see something that we had been oblivious to prior. We began to see other families in similar situations, with kids fighting for their lives.  We had come to learn about another world that existed, one that we were now part of, the world of disability and medical challenges.

Through all of these challenges, I started thinking about Hayden’s future and what could be done now to help build a world that supported her.  This dream started to consume me as a way to cope with the fear of the unknown.  After another lengthy hospital admission, an idea started forming.  We launched our first initiative, Tuff Sprout, a brand where we could help tell stories of kids facing extraordinary challenges while raising a little bit of money to help other organizations.  We created a Care Blanket, meant to elicit feelings of hope and strength through difficult times.  We also started working on a children’s book about a mothers journey with her child and what that looks like through a child’s challenges. 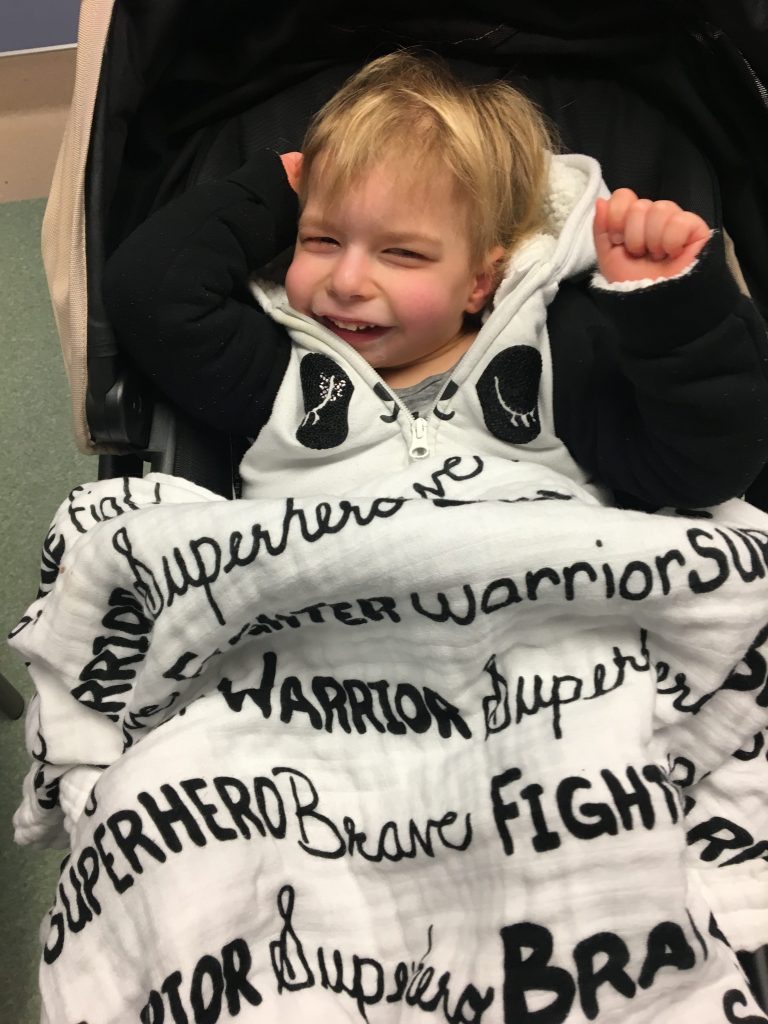 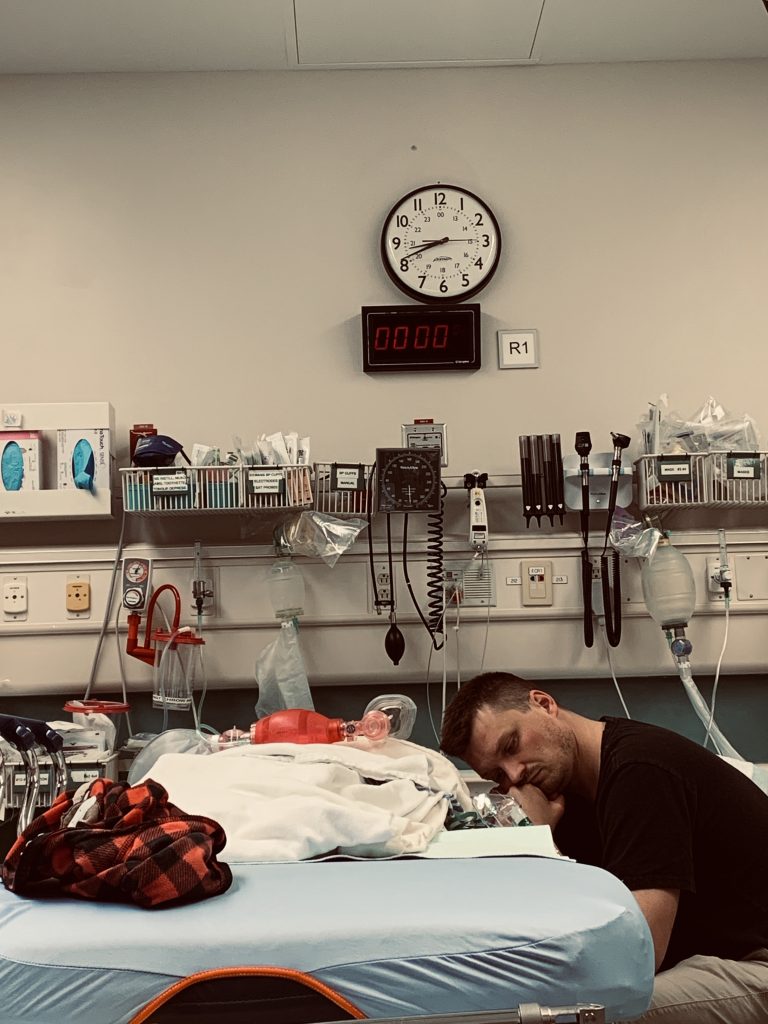 We did some great things with Tuff Sprout and raised some money for a couple of children’s hospitals, but my attention was pulled into another direction.

How does a traumatic event or chronic stress impact normal daily life?

I kept hearing of families struggling in their day to day life.  Life doesn’t slow down or pause when crisis happens.  Bills still need paying and food still needs to be purchased.  Responsibility says I need to go to work instead of sitting beside my daughter in the ICU.  Nothing slows down.  I became curious about other families and their level of support through the day to day challenges so I put together a small survey to see what I could find out.  The survey respondents were primarily from Alberta, Canada, and were parents or family members of a child with a disability or health condition.

Out of 137 responses, 63% had a significant shift in employment situations.  72% of respondents said financial support would have helped.  I asked many other questions that led to a shift in mindset in what we could create.

What could I do to positively impact real world circumstances in a family struggling?

This journey has shown me first hand that things happen in life, and the weight is sometimes unbearable.  The weight of the simple and daily responsibilities may not have actually changed or be any worse, but while in a state of chronic stress, it sometimes is enough to break us.  I wonder if there are mechanisms in place to look at an individual or families situation, to better support them when they need it.  I wonder if there is a proactive approach to supporting someone so they can move through their challenge, not get stuck in it.

I wanted to start looking at some of these issues and to broaden my perspective a little bit more and look at a central issue that affects many people.

Hayden has been a central focus in much of this development, as I frequently question how the world will support her when she needs it.  There is a lack of access to adequate supports for people with disabilities in the world, and poverty is a common thread.

For Canada alone, regarding disability and poverty

If I zoom out a bit more, outside of the world of disability, I learn that children in general are largely affected by poverty, especially indigenous children.

Considering that children are largely impacted by poverty, and that people with disabilities are twice as likely to live below the poverty line, I feel I have found a problem to work on.  Reducing the impacts of poverty so that someone has more opportunity to reach their potential.

The reference to 'Sprout' became a symbol of potential, that when we support and nurture someone going through a difficult time, we can empower them to reach their potential.

The Creation of Sprout Network

I became aware of the impact that an in-kind gift can have in a challenging situation.  Some people want to help, but really don’t know how.  And giving financially doesn’t necessarily fit into their idea of support.  Gifting in-kind can be an impactful way of providing support.

I first approached this concept of support through person to person gifting.  Being able to gift a needed good or service to someone you know instead of a gofundme account or doing nothing at all.  And while I feel there is potential here, I also started to realize that many organizations are working on the front line to provide donated goods to people who need them. This lead me to look at in-kind gifts in general within a community.  The donation of clothes, hygiene products and many other donations of anything other than financial.  I talked to a few organizations in the community that work to support many people through donated goods and learned what some of the problems were.

The common insight I received is that managing an in-kind program comes with many challenges, but it’s just the way it is.  There has been little innovation within the industry of sourcing, distributing, and managing goods for a vulnerable community.  We saw some of the impacts of it in real-time through our COVID lockdowns.  Organizations shut down in-kind donations to try and limit the spread, but also saw less money for their program delivery.  In regards to food, farmers across the country had to plow crops back into the field, or throw milk out that couldn’t be sold to mainstream retail.  I find this so interesting, that in a time where the ‘just in time’ model of supply has been perfected for retail, we still struggle to get needed goods to people that could use them.  Large brands have developed sophisticated distribution networks, but it can only operate for retail.  And meanwhile our landfills pile up with perfectly good products that is classified as waste because there is no cost benefit to redistributing them.

I think there is an intersection here, in the space between supply chain of new goods, unused or unwanted goods, and ensuring needs of the community are met in a sustainable and economical way.

In a world of excess, we are creating a community supply ecosystem can help alleviate the pressures of many people facing poverty and food insecurity. 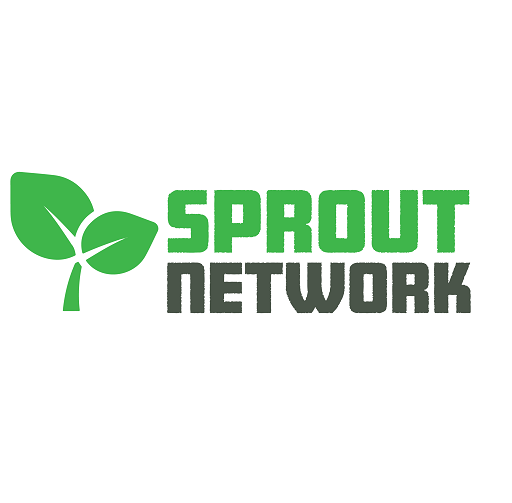 Thank you for being here and for taking the time to learn a little more about why we exist.

Covid-19 has drastically impacted the in-kind donations many organizations in the community receive.   We feel we can help in this problem and create a more effective way to provide in-kind gifts to organizations that rely on this type of support.